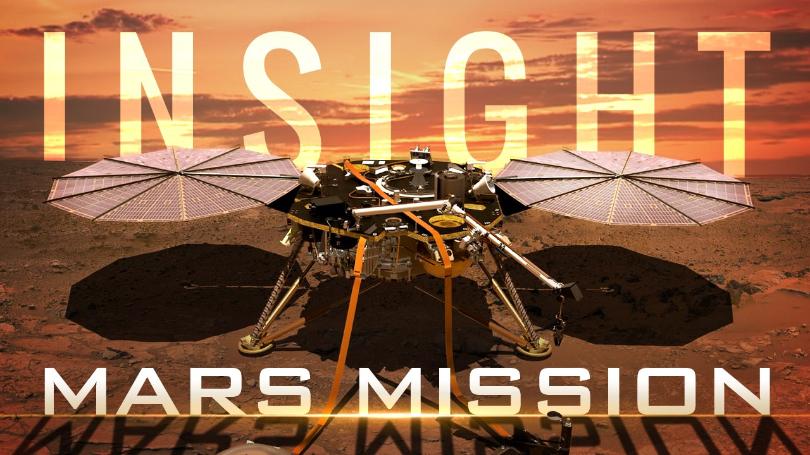 To start off with, I’d just like to address that landing a robot on mars is WAYYY harder than it seems. Literally about 50% of all attempts so far have failed fatally. So this is a far bigger achievement than it seems. Just check out this list of mars missions and you’ll instantly understand what I mean.

The landing procedure had to be super complicated and precise to the micron. EVERYTHING absolutely HAD to go perfect. It has no rover, so wherever it lands is where it will live and do experiments for the rest of it’s life. And it all had to be automated. The statistics and all the details took 8 long minutes to reach Earth. So if InSight had exploded mid-way, we would have only known 8 minutes later. Far too late to take any engineering steps to prevent any issues. I’ll talk about the landing procedure a little later on, but first, let’s see what InSight’s mission actually was.

InSight, short for INterior exploration using Seismic Investigations, Geodesy and Heat Transport, is a Mars lander designed to give the Red Planet its first thorough checkup since it formed 4.5 billion years ago. So far all other landers on Mars have been used to study the surface of the planet, take images, collect rock samples and perform experiments on them. They have been used to study the martian atmosphere. But this mission involves taking a deep look under the martian soil and studying the different layers of the interior.

The InSight logo itself might give you an idea about it’s primary mission on mars.

The three mains missions of InSight are to measure a planet’s vital signs. They are the “pulse” (seismology), the “temperature” (heat flow) and the “reflexes” (precision tracking). It will study the size, thickness, density and overall structure Mars’ crust, mantle and core. It will also study the rate at which heat from the core escapes to the outer atmosphere.

But primarily, InSight will study martian earthquakes… or marsquakes?? Whenever a marsquake occurs, InSight will use it’s seismo-meter and study the interior structure of mars, by using the slight movements of the core of mars due to the seismic waves. This help us answer many questions like, How big is it’s core, Is the core solid or liquid.

It’s kind of like figuring out the shape and composition of a bell, by listening to it’s ring.

Now, let’s look at how NASA managed to successfully nail the landing of InSight.

The atmosphere of mars is thicc enough to keep InSight in orbit. But it’s not nearly as thicc as Earth’s. So the probe cannot land using just parachutes. At entry into the atmosphere, InSight falls at around 19,800 km/hr. At this speed, the atmosphere will heat the probe to around 1,500 degrees Celsius. The sensitive instruments inside will most definitely get wrecked at this temperature. So InSight is equipped with a heat shield that will reduce this temperature drastically. That’s not the only problem.

The atmosphere will eventually slow the probe down to less than a 1,600 km/hr. Then at around 7 km from the martian surface, the super sonic parachute will deploy. This will slow the probe down even further. But this is still too fast for safe landing. So the probe will detach the parachute and will gently land using it’s on-board downward firing thrusters. Kind of like SpaceX’s re-landing boosters.

This all might sound pretty easy to do, but achieving this feet completely automated, 225 million km away is way too complicated too for us to fathom.

Also, like I said before, InSight doesn’t have any rovers, so wherever it lands is where it will have to stay. Moreover, for measuring the gradient temperature under ground, InSight has to dig a hole of almost 5 meters down the surface of mars. That would officially be the deepest we have ever dug outside Earth. (including the Moon). This 5 meter pit will take InSight around 3 months to dig. AND, it can only dig through soft soil. If there’s rock underneath, we’re screwed.

Fortunately NASA has found a pretty good spot for it to land InSight. It’s called Elysium Planitia. It’s exact location is 4.5 degrees North, 135.9 degrees East for all of you nerds out there. They picked this location because it’s super flat and doesn’t have any craters on the surface. That probably sounds boring but, InSight studies whats under the surface and Elysium Planitia is beautiful on the inside.

So get yourself a person who looks at you the way InSight looks at Mars.😉

4 thoughts on “InSight: The newest Mars probe without wheels has landed!!”